To top of her success in her netball season, Annie was selected into the Under 21 New Zealand trial and training camp for the 2021 Youth World Cup for touch rugby.

quote from Annie ” The Academy has shown me a different and more professional side to sport, the programme kept me driven during the Covid – 19 pandemic and the New Zealand level 4 lock-down”. 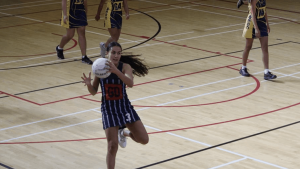